The Best of the Sandbox

The more WordPress themes that are created, the more difficult it can be to find high quality, well designed (inside and out) themes. Recently plaintxt.org ran a design competition challenging theme designers to create skins for their Sandbox theme. All the submissions are in, and the winners have yet to be announced. I took a look through all the designs in the handy live previewer and while I was rather disappointed in the quality of many of the themes, there are some wonderful designs that are worth mentioning. Here are the skins that I think stand out from the crowd of 46 submitted, along with my humble suggestions as to what might have been improved: 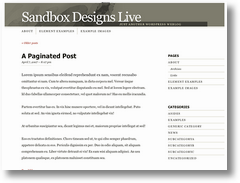 A minimalist approach that makes great use of white space and typography. I’m not really sure why the designer included so much margin on the left though… 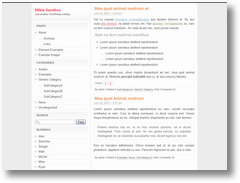 An utterly clean design with focus on content alone. It could use a smidge more color though. 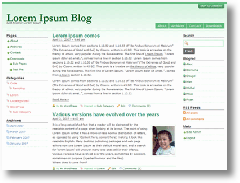 Though I’m not fond of the seafoam green, the designer makes excellent use of icons and colors in the sidebar to differentiate between sections. 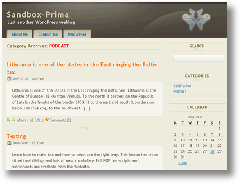 This design is very pretty, and makes a nice use of borders on the posts to pop them off the page a little. Better colors could have been chosen to go with the brown though, and I think a serif font would have worked better for the blog title. 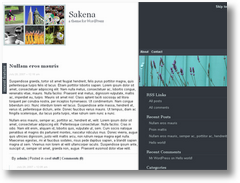 A lovely design with a very “un-bloggy” look about it. Neat use of Flickr images to create a header. I would have included more margin between the content and the sidebar. 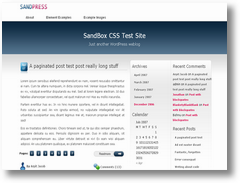 Beautiful and sleek- I love the reflections on the date icons and the navigation is very nice. The black box containing the RSS options certainly pops out at you, but it’s rather jarring, and would have been nicer using the blue as background.

Shades of Gray, by Leslie Franke: 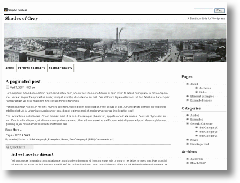 This design is very sharp and clean. The post column is a bit wide though- it’s better practice to keep your content columns to 15 or so words per line for readability.

Certainly design is subjective, but I think the clear winner is Sandpress. What do you think? Want to know what the judges thought? The winners are to be announced on August 6, 2007, by 12:00 AM.

So, what about my own big announcement that I mentioned in Thursday’s post…? It’s contest time! I have a great contest planned for the next couple of weeks. Want details? Next post….

Thanks to everyone who has been participating in the very interesting discussion in the prior post. I appreciate all the thoughtful comments.