Build Your Web Sites By Building Relationships On Twitter 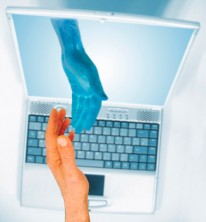 I develop sites for clients on a regular basis (which is often why it’s difficult for me to find time to post here), and there are still some who are resisting the use of social media as an important part of building relationships with their readers. It took me a while to understand the value of Twitter, so I know it can be a hard sell. After all, there is only so much time in the day.

I already use RSS to keep my readers updated and interact with them in the comments. Why do I need to be on Twitter?

It used to be that you’d set up a new site, make sure that people could easily subscribe and keep up with your posts, respond to readers in the comments, and that was all there was to staying connected with those who wanted to stay updated with your site. As Twitter has become almost ubiquitous these days, many are slowly moving away from the feed reader to using Twitter exclusively. I’ve had several people tell me they can’t remember the last time they opened their feed reader.

There are many, I imagine, who are not happy with this turn of events. They don’t understand Twitter and don’t see the value in engaging with their readers this way, but that’s a rather short-sighted view of things.

The great thing about Twitter is that it’s a two-way conversation. Sure, people visit your site and who subscribe to your feed can comment on posts, and you can reply, but Twitter allows regular interaction with your followers, on more than just your blog posts. It’s a much more effective way to develop relationships with readers, and people are much more likely to stay engaged in your site’s content if they’re also engaged with you on a bit more personal, immediate level.

What if I have multiple web sites?

Okay, so maybe you get the reasons to use Twitter if you’ve got a web site, but what if you have multiple sites? For many, having a separate Twitter account for each site is the way to go because the content of their sites is different. For example, I have Twitter accounts for one of my kids sites, and my Solutions for WP site, along with my regular personal Twitter account. I would likely annoy many of the followers on my main account if I tweeted posts from my kids site on a regular basis and tweeted incessantly about “Mommy stuff”.

I use TweetDeck. I know there are several options for managing multiple accounts on Twitter, but I have found TweetDeck to be so easy to use, I haven’t even bothered checking out the others. Looking for other options? Check here.

Don’t take the easy route by just choosing one of the default templates. Take the extra time to brand your Twitter page. There are plenty of Twitter templates available for download.

Twitter is like a party. You go, you mingle, you have conversations, and take a break from your work. You’re not at the party too long before you know who to avoid. It’s “that guy” who is selling something. It’s usually insurance or financial planning. You can tell what is foremost in his mind. It’s not having a good time and getting to know people. He’s not really interested in people in general except that they are potential clients, and you can tell within a couple minutes of talking to him.

How to do the Twitter party the right way:

Go – show up, tweet a couple of times a day at least

Mingle –  get to know lots of people, follow the most interesting and important, especially in your niche.

Relax – this isn’t all about work. You’re not there to sell yourself. You’re there to develop relationships.

Have conversations – retweet, ask questions, be genuine, be yourself, get to know people and share stuff about yourself. This is the part where you tell people what you do, share the latest thing you’re working on, talk about what you love and what you’re excited about

If you’re involved in social media- Twitter in particular- just to market yourself, people can often tell. Just like they can tell when they start talking to “that guy” at the party that he’s trying to work the conversation around to what he does, what he sells and feeling you out to see if you’re a potential customer. Don’t be that guy.